Working with an organizing team

When I started my organizing business in 2005, I exclusively worked one-on-one with clients. It’s intimate, fulfilling, valuable work. But it can be really slow. And that means progress is harder to see and it can become discouraging for the client.

A few years ago, I started to be approached by clients who had very large, whole-house decluttering jobs. I realized that bringing in more help was in order. And so every now and then I would put together an organizing team to effect quick change on giant projects.

In the last year or so I realized that it wasn’t just huge or overwhelming projects that could benefit from a team approach. As the long as the client can handle the hubbub and the faster pace of a team, there are many benefits, not the least of which is the visible results we see after a single session.

I don’t have employees. When I put together an organizing team, I use independent contractors, members of the St. Louis chapter of the National Association of Professional Organizers. I call on organizers I know personally, thanks to NAPO St. Louis. I’m always on site supervising them and coordinating the efforts. I’m also typically the one working with the clients to guide decisions.

Here are some of the advantages I have found to team organizing:

Here’s a before and after combo from a team job at the end of 2010. Two of the organizing team members worked in this kitchen while the client worked with me and other team members in another part of the house. The client gave basic parameters and was brought in to answer questions periodically. She was thrilled at the end of the day. 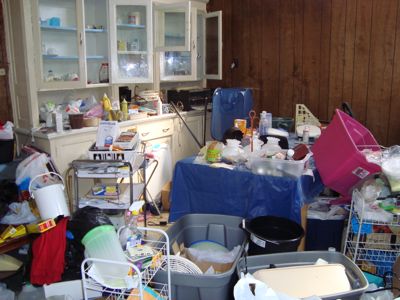 A cluttered kitchen before a team arrived to help. 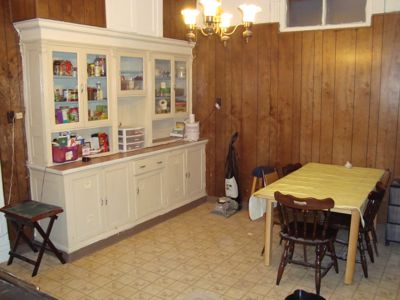 Two organizers created this transformation as part of a team project.

This year, my goal is to help more clients this way. I’m hooked on the fun of the team approach and the quick results. If you have a big project that seems overwhelming, maybe I could bring in an organizing team to help you. Take a look at my Team Organizing page to read a few more details. Then feel free to give me a call or shoot me an email to discuss how a team might help you!