Countdown to the Hamilton movie 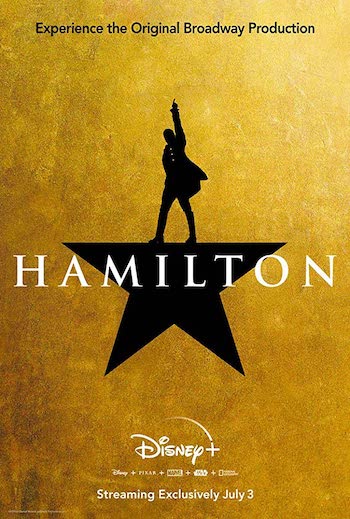 I’ve made no secret of the fact that I adore the Broadway show Hamilton (and its non-Broadway incarnations). I’ve seen it four times (three times in Chicago and once in St. Louis) and had a ticket for a May performance in St. Louis that was canceled. I was also planning to see it on our anniversary trip to New York in April. That trip, too, was canceled, thanks to the pandemic.

So you can imagine my glee when I learned that the Hamilton movie —a filmed version of the Broadway production with the original cast, shot two weeks before the original cast stopped performing—is being released for streaming on Disney+ on July 3, rather than in October 2021 in movie theaters as originally planned.

I’m already thinking about what I want to do to prepare in order to enhance my viewing pleasure. And I’m clearing my calendar for the day on July 3 with the intention of watching it many times.

Here’s my plan, in case you’re also a fan and might find it helpful:

If you know of anything I should add to my list, please let me know in the comments. July 3 can’t come soon enough!

Super excited too! My prep will be listening to the music on auto repeat!

I think you’ve got it all covered, Janine.